The Dark Age of Bahrain (Period of Mai Al Khalifa) 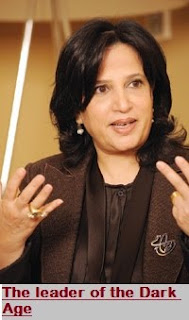 In November 2008, A show in Bahrain TV about the palace budget respond to fire the previouse minister of media and information, and replace him with a new minister who was always in fight with most of the media and information Ministers, her name was Mai Alkhalifa, from the royal family, in January she issued the first order to TRA to pass it to all ISPs in Bahrain, blocking around 100 sites, most of them are politic sites, the order also advise that all ISPs should use one methode to block sites, no one was talking about who is gona handle the expense of buying , implementing, the new unique methode , isit the ISPs or the ministry of information, or the ministry of interior, their staff went to one ISPs, installed the product, give quick demo on how to use it

few months latter, a list of more than 1000 sites issued by the ministry to be blocked, order sent to all ISPs, a thought of blocking the DynDNS toke a place in the think tank, but it was impossible to apply as some big companies used this service,

few days ago Alwasatnews paper provided a pic of more than 15 Book store banned from particepating in Bahrain internation Book echibition in next march,

today, two international agencies stopped from working in Bahrain, the german and AP,

the Cyber got the first touch, the Culutre got the second, the International media got the third, congragulation, Bahrain is in the Dark Age, i don't recall a period with ministry of information after what they call it reform period worse than this period, the this minister want to control what we surfe through the net, what kind of book we read, what kind of news should be broadcast by the media, and any one who is not following up such orders for the dark age, he should be blocked, suspended, banned, and maybe pulled to court

and yeah be happy, she is today sent a letter to the unisco to add 15 place as a hostirical places, but most of them in the sea, deep in the sea, after stolen all the beaches

if any one is thinking in this country he will know that this person is in the wrong position, in the wrong time, playing the wrong game
Posted by Ali Abdulemam at 8:23 PM

May God bless you many times over for the mentor and helper that you have been to others.
Best doctors in Bahrain

I was searching for loan to sort out my bills & debts, then i saw comments about Blank ATM Card that can be hacked and withdraw money from any ATM machines around you anywhere in the world . I doubted thus but decided to give it a try by contacting united blank ATM hack card they responded with their guidelines on how the card works. I was assured that the card can withdraw $5,000 instant per day & was credited with $20,000 so i requested for one & paid the delivery fee to obtain the card, after 72 hours later, i was shock to see the Courier agent in my resident with a parcel {card} i signed and went back inside and confirmed the card work's after the agent left. This is no doubts because i have the card & has made used of the card. Contact these email if you wants to get rich with this....Via email: ccchackers002@gmail.com